If last week was the week of E3 rumors, this is the week of delays. Phoenix Point, Metro: Exodus, and Skull & Bones were all pushed back this week, meaning the first few months of 2019 are already looking busy.

There’s also a metric ton of Call of Duty news this week (including a battle royale confirmation), plus teases about Outlast III and Stalker 2, No Man’s Sky getting co-op multiplayer, Sea of Thieves and a giant shark, and details on SteamVR’s new controller mapping options.

[ Further reading: These 20 absorbing PC games will eat days of your life ]

Let’s get the Call of Duty news out of the way first, if only because there’s a lot of it. This week was the Black Ops IIIIreveal event, and the biggest news? It’s exclusive to Battle.net on the PC. That’s not entirely unexpected, given Activision did the same with Destiny 2 last year. And yet…wow. They really did it. I guess we should probably expect all major Activision games to be Battle.net exclusive going forward, which is a huge shift in the PC market.

Aside from that, Activision also confirmed Black Ops IIII will have a battle royale mode. It’s called “Blackout,” and for some reason the fan-favorite Nuketown map is used as a unit of measurement here? Apparently Blackout’s map will be 1,500 times bigger than Nuketown. Good luck parsing how big that is, because I have no idea. Anyway, here’s a trailer:

But the most bizarre reveal came courtesy of the fan-favorite Zombies mode. No surprise that it’s back, of course. What maysurprise you though are the locations—the Titanic and Ancient Rome (below). It’s weird, but maybe weirdly appealing too?

I’d still rather have a real campaign though.

Okay, let’s get into the delays. First up, Metro: Exodus. I guess it’s not too shocking, given we’ve barely seen any real game footage of the upcoming sequel still. Even so, I’m a bit sad this one’s slipped into 2019—it’s one of my most anticipated games, having loved the first two. Hopefully the extra time will serve the team well though.

Next up, Phoenix Point, the tactics game from XCOM’s original creator Julian Gollop. It too has slipped, with June 2019 the new prospective release date. As the blog post says, “People’s expectations are higher, our team is growing, and Phoenix Point has become a bigger game. In order to realise this potential we need to push back the target release date to June 2019.” Or if you prefer a visual medium:

And then there’s Skull & Bones, the pirate game from Ubisoft that looks suspiciously like “What if you took all the Assassin’s Creed bits out of Assassin’s Creed IV: Black Flag?” Originally set to release later this year, Ubisoft’s already made the decision to push it to next spring at the earliest, or even 2020 at the outside. Expect to see more of it at E3, I assume.

Oh, and this isn’t a delay per se, but The Division 2 is also slated to release sometime in the next year. The only question really is whether it gets a tentpole release slot this fall or is kept in the same March/April window as its predecessor.

One of the biggest controversies when No Man’s Sky launched was the lack of multiplayer—a feature people felt had been promised multiple times, but which wasn’t really part of the initial release. It took two years, but that’s finally being rectified. In July, alongside the enormous Next expansion, No Man’s Skywill receive cooperative multiplayer. Not many details yet, but No Man’s Sky is starting to resemble the game everyone thought it was going to be. Now to see whether or not people give it another chance.

BUYING SEA OF THIEVES UNLOCKS IT ON XBOX AND WINDOWS 10

That same No Man’s Skypredicament is facing Sea of Thieves too. There’s a wonderful core to Sea of Thieves, it’s a game I want to play more, but there’s just not much to do. Rare detailed the first major content update this week though, The Hungering Deep. Due to release on May 29, it’s set to add some sort of monstrous denizen of the deep—maybe a big ol’ megalodon shark? Check out the trailer below.

A few game announcements this week too, though mostly in a “far off concept” sort of way. First up, Outlast. It’s been about a year since Outlast II, and Red Barrels has started discussing the future. Gamesindustry.bizquotes Red Barrels’ Philippe Morin, and it sounds like an Outlast III is on the way—though he claims it will be “a departure” from its predecessor. He continues, “It took us several months to find the sweet-spot between doing something that’s going to please the fans, and something that we’re driven by personally.”

Outlast II was already quite a departure from its predecessor, so I don’t really know what to think. I’m definitely interested though. Despite some (significant) problems with Outlast II, I still love that Frictional-style, sneak-centric horror subgenre, and Red Barrels is one of the best.

Metro sort-of fills the S.T.A.L.K.E.R.-shaped hole in my heart, and indeed a lot of the Metro team was made up of ex-Stalker devs. That said, the Stalker studio GSC still (sort-of) exists, and this week dropped news that it’s probably—probably—working on Stalker 2.

Let’s just say I’ll believe it when I see it.

There’s even less information on this next project, meaning we don’t even have a title or an inkling what it will be. Bulletstorm developer People Can Fly is confirmed working on a new project, mentioning it as a brief aside in a post about opening two new studios. From the blog post: “All three studios and over 150 developers are currently working on a new IP, a AAA shooter developed alongside Square Enix.”

That’s it. That’s all the details we have. Not really a genre Square Enix dabbles in often, so I’ll be interested to see what comes of it, some day.

Less an announcement, but Battlefield will have a reveal event next week. We already know quite a bit about it, courtesy of GamesBeat: It’s probably World War II-based, and it’s called Battlefield V. But if you want a first look at the game, apparently Daily Show host Trevor Noah will be presenting a first-look event on May 23.

With loot boxes a toxic wasteland nobody wants to touch anymore, developers are of course looking for new ways to make money. It looks like the Dota 2/Fortnite-style “Battle Pass” is the way of the future, as evidenced by some Rocket League news this week. Rocket League, which fell afoul of the Netherlands and its recent loot box inquiry, announced it’s pivoting this summer to a “Rocket Pass,” an unlockable track of cosmetics for both free and paid players.

Can’t say I love these pseudo-subscriptions, but I guess it’s better than loot boxes? Or less exploitative at least. Time will tell.

One of PC gaming’s best advances in recent years is Steam unifying all controllers under a single agnostic system, thus allowing you to use an Xbox One controller, Steam Controller, DualShock 4, or even the Nintendo Switch Pro Controller on your PC, any way you’d like, with freely remappable controls.

Now that same system is being implemented in SteamVR, letting you rebind the HTC Vive wands, Oculus Touch controllers, or even the Windows Mixed Reality controllers. As Valve describes it, “SteamVR Input allows users to build binding configurations for their favorite games, even for controllers that didn’t exist when the game was written. They can adapt the controls of games to take left-handedness, a disability, or just personal preference into account.”

It’s also great news for games like Fallout 4 VR where the default controls are awkward—hopefully the community can put a more intuitive spin on it. The feature’s in the SteamVR beta branch right now, so feel free to opt in if you want to check that out.

Like its predecessor, Divinity: Original Sin II is set to get a Definitive Edition overhaul this year, timed with its console debut. It sounds substantial, with Larian set to overhaul the game’s short third chapter, rework how inventories work, implement a new tutorial, a few new quests, and more. Original Sin II was already one of 2017’s best games, but I imagine this Definitive Edition will make it even better—especially the addition of a party inventory, so no more time wasted handing items from one person to another. Phew. 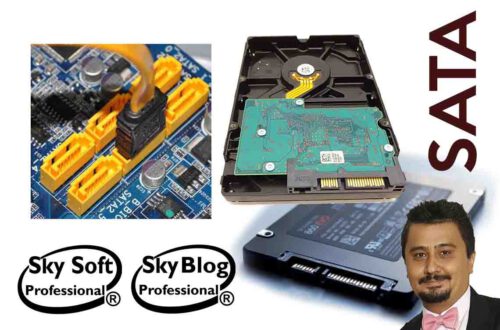 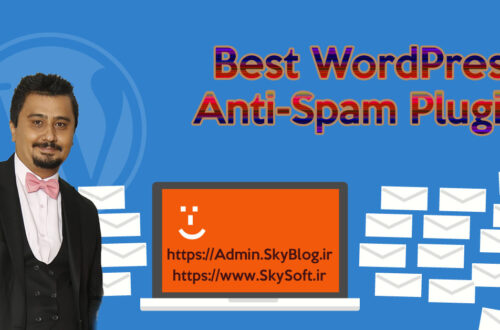